The Israeli government decided to finally take a stand against the dangerous weights models were dropping to. In order to be marketable in Israel models were encouraged to be very very small. Many models died trying to maintain a weight that was detrimental to their health. On January 1st 2013 a new law took effect with a goal of preventing fashion models from dropping to dangerous weights and putting their safety at risk. This law stipulates that both commercial and fashion models should have a body-mass index of at least 18.5. While this is still very skinny, many models currently do not meet that BMI. It hopefully will serve as a wake up call to models everywhere, not just ones in Israel.

Adi Barkan is an Israeli photographer who initiated the legislation. His model friend Hila Elmaliah inspired him to start the campaign. She was anorexic and weighed only 60 pounds at the time of her death. For Barkan, his friend’s death and the obvious danger to other models made this law necessary, but there were a lot of people who weren’t on board. There are many people who profit off of models who have BMIs that don’t meet this new law’s criteria. They defend these models calling it genetics and saying that they are naturally that skinny. The sad truth is that in most of the cases where the model’s BMI is below 18.5, it is not genetics. 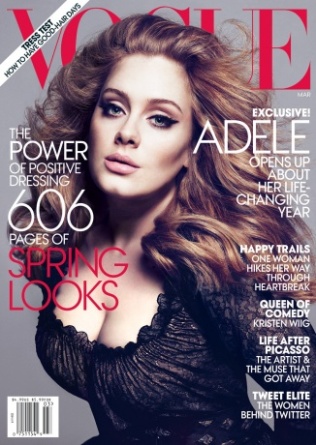 Many other organizations have already set minimum BMI limits for their models. Some of these include Milan Fashion Week, the Council of Fashion Designers of America, and Vogue. This law is the first time that a country as a whole has set legislation for a minimum BMI requirement. A whole country taking a stand is a powerful statement. They are showing that it is not okay for women to abuse their body in order to look a certain way. Hopefully what girls will take away from this ban, and seeing healthier women modeling, is that healthy is beautiful. It is more desirable to have a body than to be bones covered in skin. While this law is in no way a quick fix to the world’s obsession with being thin, it is a step in the right direction.

What do you guys think? Is it okay to ban someone from their job because of their weight? Is this law protecting the models, or infringing on their right to do what they want with their body?

One thought on “Should We Regulate BMI?”